Calgary Heating & Air Conditioning Experts with over 50 years of experience! 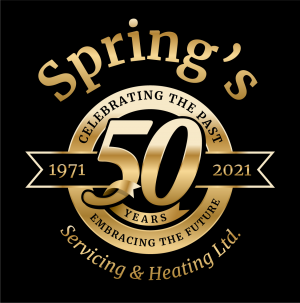 Stephen showed Dominic the ropes on how he billed and performed services and introduced Dominic to the existing customers, while Dorothy trained Divina on phones and all the administration end of the company. We still have an annual dinner with the Spring's and keep them informed of the ongoing growth and success of the company that they started in 1971.

Stephen and Dorothy worked extremely hard to build a reputable well established company over the years and Dominic and Divina have continued to maintain that same high quality service.

Here at Spring's, we pride ourselves on honesty and integrity.

Spring's Heating has always been dedicated to customer service with trained and qualified service technicians, and high quality products. It is our commitment to continue to offer our customers product and service excellence. 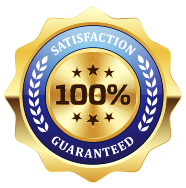 Our company's history is built on long lasting relationships with our clients.

We care about our customers, and we want to provide you with long lasting, reliable service.  We pride ourselves on providing solutions that work and meet our client's needs with fairness and integrity at the forefront. The Spring's Heating team is committed to providing the best solutions.

About Our Installation Team

Spring's Heating success comes from a well-rounded team of experienced and well-trained technicians with the knowledge and skills to apply the latest HVAC  technology. We have qualified ticketed journeyman on staff as hourly employees and we do not subcontract out our work.

Spring's Heating is a full service and repair company that services the products we install specializing in furnace repair and installation. We are a service oriented company specializing in Carrier products and as a Factory Authorized Dealer we are sure to provide our customers with the best knowledge surrounding the Carrier name.

We offer peace of mind. When you choose Springs you can rest assured knowing that the heating and service company you chose to install your new furnace or air-conditioner can also maintain and service it!

We offer 24/7 Emergency Service to all of our customers. You can always count on Springs to get to you fast and get the job done right the first time. We use state-of-the-art diagnostic equipment to find the source of your heating and air conditioning problems and fix them fast.

How Can we Help?